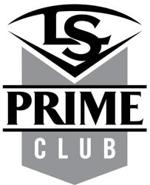 Kickstarted by a huge nine-run first, the Show bullpen proved to be the difference-maker, holding the CBA bats at bay for six innings after Show starter Ricky Tibbett was bounced.

"We just kept changing pitching to find the guy that got in the groove," Show Head Coach Brian Cain said. "Our pitching depth was a big strength for this team."

The offense got going right away, with CBA starter Jacob Widener walking the bases loaded before Garrett Frechette singled to give his team the early advantage. The inning would continue with little relief for Widener, as Show piled on three more runs.

Jordan Thompson doubled to drive in two after Mike Campagna was hit by a pitch, forcing home a run and ending Widener's day early.

Zach Martinez would enter for CBA, but Show refused to slow down, adding five more runs before taking the field on defense. Alonzo Richardson and Taylor Johnson would add to the hit column, helping show to the early nine-run advantage.

CBA answered in the bottom half of the first with two runs of their own, beginning what would be a steady comeback to make things interesting.

After loading the bases in the second, Spencer Williams would be hit by a pitch, followed by a Javy Espinosa walk to bring home a pair. Cody Freeman would bring in another on a fielder's choice to close the gap to four.

Both teams would go quietly in the third, and after Show went scoreless in the top half of the fourth, CBA added two more on a Cameron Repetti single, shrinking the Show lead to just two.

Williams would make noise for CBA again in the fifth, providing an RBI-double to bring the deficit to one.

In the top of the sixth, Chad Abel would triple to deep right field before eventually scoring on a passed ball, adding some insurance for Show.

"I was looking first pitch, saw it in my wheelhouse, and I squared it up pretty well," Abel said. "When the dugout's not hitting very well, I try to get it going."

CBA would put runners on in both the sixth and seventh, but great efforts by both Griffen Zamora and Charles Acker would lock in the championship for Show.

Earning the win for Show was Tibbett, allowing just one run in the first inning. He gave up one hit and walked two.

Acker put out the fire in the seventh, earning the save. He allowed no his and no walks in an inning of work, striking out one.

San Diego Show will have a pair of teams competing in this week's 15U National Team Championships in Arizona, where they will look to follow suit with their 17U counterpart.